Officially opened in the Summer of 2017, the completely renovated TVE Sports Ground of Óbuda is now home to the Central Youth and Recreation Centre designed by Óbuda Építész Stúdió Kft. Located at the intersection of Hévízi út and Kalap utca, the 1,100 sqm complex accommodates multiple sporting sections, thus serving as a kind of sports base for the district. The first phase of the project involved renovation of the existing swim school, with the second phase consisting of the standardisation and modernisation of the former asphalt pitches and clay running tracks as well as the architectural design by our company of a new recreation centre in the axis of the central pitch in place of the old club house.

The building of the swimming pool is rather functional, but the Headquarters’ building with its sheet metal cladding, narrow windows, and glazed foyer sandwiched between the two solid units is considered as the prestigious main building of the sports ground. There is a 618-seat covered stand along the side of the new Youth and Recreation Centre facing the football pitch. The distinctive blue colour of the district is reflected throughout the entire sports facility. As a key prerequisite for the reconstruction, the resulting complex was aimed at satisfying the requirements of a team that may advance to a higher category in the future. For this purpose, flexible interiors were designed, allowing for multiple uses later on. 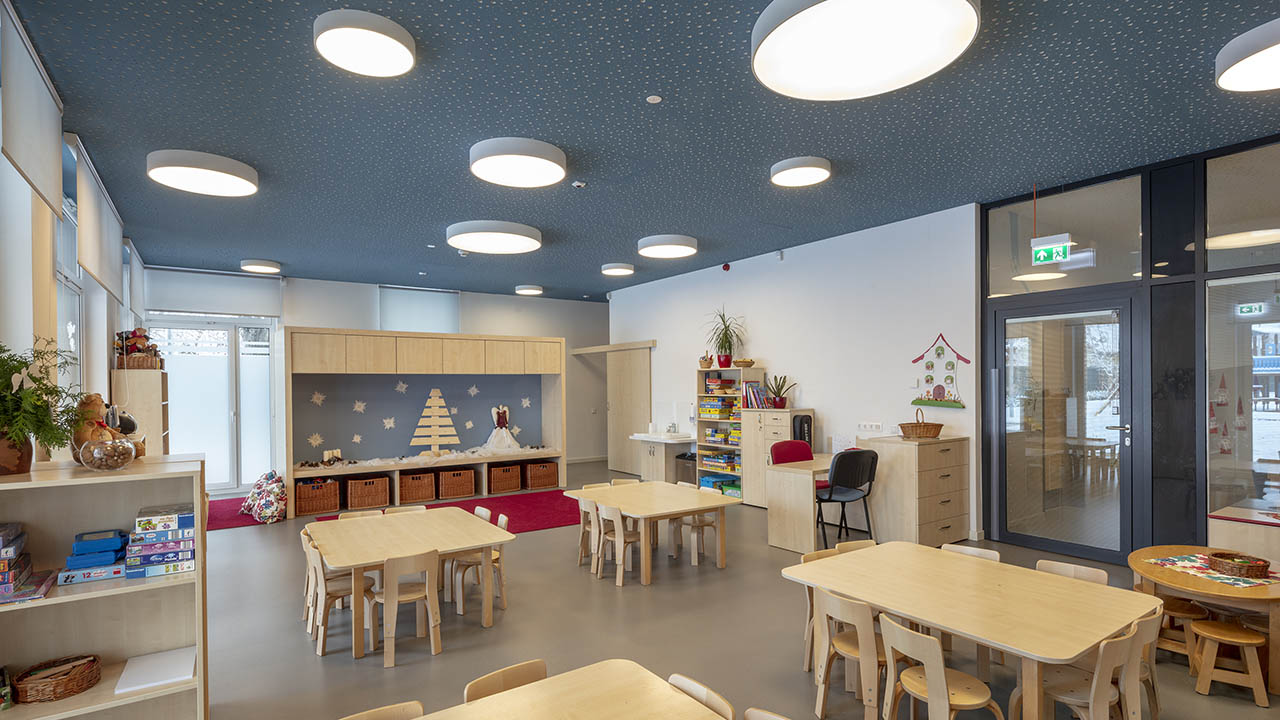 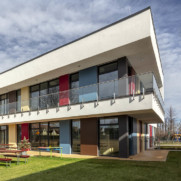 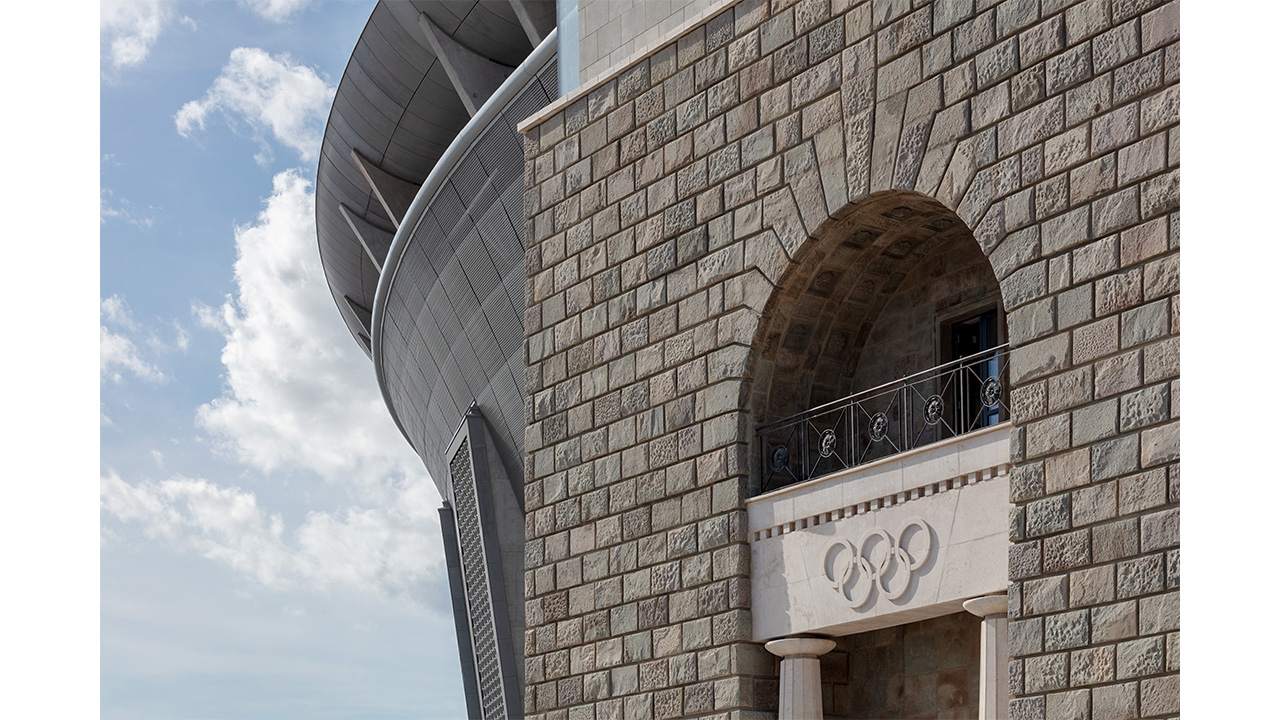